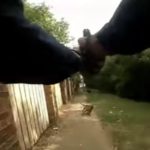 A Texas police officer confronted by a loose dog pulled out his gun and opened fire Thursday, missing the animal and striking a woman standing nearby, killing her. The officer was placed on paid administrative leave.

The police department is conducting an internal investigation into the shooting, and the district attorney’s office is reviewing the incident to see if the officer’s actions were in accordance with the law. 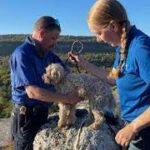