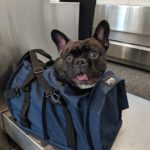 A man claims that he almost wasn’t allowed to bring his dog  on an American Airlines flight from Reagan National Airport in Washington DC to Miami. American Airline states that dog’s weight was never the concern, but it was the size of the kennel. The dog was allowed to fly  a “one time exception”. 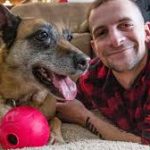 Army veteran reunites with dog he worked with in Afghanistan