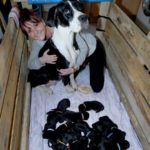 A British dog could have set a new world record after giving birth naturally to a staggering litter – of 21 puppies.

Great Dane and American bulldog cross Mary Jane (MJ) did her owner Joanne Hine proud as she popped out the enormous brood.

The Guinness World Record for the largest litter stands at 24, born to a Neapolitan mastiff called Tia in Cambridgeshire in 2004.But those puppies were born via Caesarian section while MJ’s litter were all natural – which Joanne thinks could mean a new record has been broken. 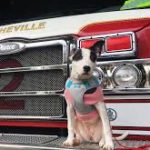