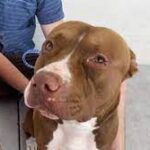 BELLE GLADE, Fla. – A newly adopted dog that was lost after a crash near the Florida Everglades has been found after surviving on his own for 9 days.

Theo went missing on April 20 after a van that was driving him to his new adoptive family crashed on U.S. 27 between Miami and Belle Glade.

A Facebook group was started to provide updates as volunteers went out every day to try and find Theo. On April 29, 9 days after he went missing, Theo was found safe. 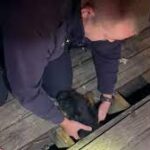