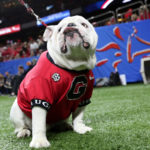 Uga X has been the University of Georgia’s beloved mascot since 2015. Today, PETA once again called for the English bulldog’s retirement.

PETA seized on a clip from Saturday’s game, showing Uga in his doghouse appearing to sleep while it rained, and said: “HE LOOKS MISERABLE!”  The animal activist group People for the Ethical Treatment of Animals is calling on the University of Georgia to stop using Uga the bulldog as a mascot.

One thought on ““He looks miserable!”: PETA urges University of Georgia to retire Uga, the school’s mascot” 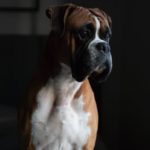