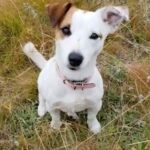 Russia – This is the moment a brave Jack Russell gave her life to save her ten-year-old owner from an attack by a wolf.

Brave Jack Russell gives her life to save her owner from a wolf attack in as the predator stalks the boy while he plays hide-and-seek in the snow.

The video shows the boy hiding in a pile of snow – unaware that a wolf had emerged from the nearby forest. 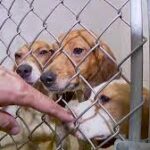