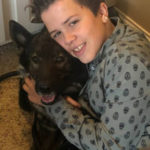 Based on more than a million votes by the American public and the deliberations of a panel of celebrity animal lovers and dog experts, Alice, a five-year-old German shepherd from Nicholasville, Kentucky, has been named the nation’s most heroic canine, besting 360 other competitors across the country and capturing the top title of “American Hero Dog” at the 2019 American Humane Hero Dog Awards, Alice is the winner of 2019. 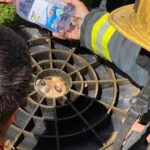 Firefighters save puppy stuck in drain lid in Lehigh Valley