FAULKNER COUNTY, Ark.- A man has been arrested in connection to a dog attack that killed a boy in Mount Vernon.

A 9-year-old Arkansas boy died Thursday morning after a dog attack when he went to go check the mail.

Officials say Wyatt also faces multiple county animal ordinances including nuisance animals and hazardous animals, running at large, liability of animals that attack a human being and keeping of a dangerous dog.

Watch the two videos below: 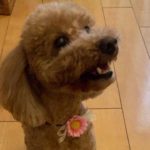