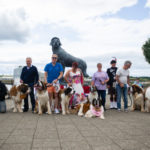 Montrose paid tribute to a wartime hero canine to mark the 75th anniversary of the death of Bamse, a Saint Bernard dog who became a legend as a naval mascot. Bamse was enlisted as an official crew member of his master’s ship, the Thorodd when it was drafted into the Royal Norwegian Navy in 1940. 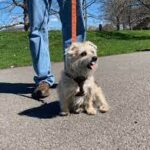