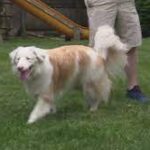 NORTHBROOK, Ill. – Two-year-old Lex is back home with his ‘little’ big brother Jack, playing in the backyard as if nothing happened.

Lex was adopted by the Rollins family from an animal shelter that rescues deaf and blind dogs.

Two weeks ago, Lex wanted to be let outside, to roam amongst the gated yard. About five minutes later, he escaped from the property.

Little did the family know that an open gate would put the GPS tracking collar into action. 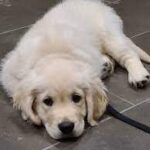