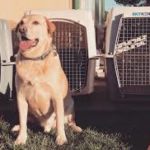 SAN ANTONIO, Texas – Nique Segura made it safely home to San Antonio from Sicily, but her dogs weren’t allowed to come home with her.

The German Shepherd and Labrador are too big to fly commercial and Delta airlines told her they could only accommodate a 40-inch carrier. The airline eventually told Segura they could fly the dogs out of Rome for $1,100 but later said they couldn’t do that either. 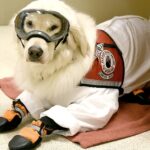