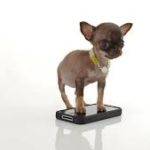 GAINESVILLE, Fla.  – The owner of the world’s smallest dog is suing the University of Florida’s Small Animal Hospital for the death of her pet.

Miracle Milly holds the Guinness Book of World Records title as the smallest living adult dog and most cloned dog.