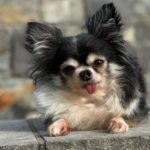 A Chihuahua named MacKenzie who weighs just four pounds was named 2020’s “American Hero Dog” on Monday at a ceremony in Los Angeles.

MacKenzie, who comes from Hilton, New York, first won the top title in her individual category, becoming the country’s Hero Shelter Dog of the Year, and then in the last round, winning the American Humane Hero Dog Awards’ top title of 2020’s American Hero Dog. 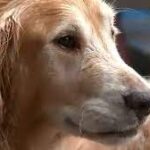