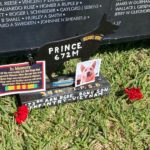 A traveling replica of the Vietnam Memorial Wall holds thousands of names of people who gave the ultimate sacrifice during the Vietnam War.

It spent the weekend in Southwest Florida, but veteran Terry Kehoe says there are names missing. Prince was a scout dog who detected bombs and enemy fighters. Kehoe says after Prince’s service he was euthanized along with 4,000 other scout dogs. 4,000 war dogs served in Vietnam and a large majority of them never came home. 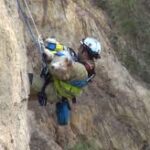