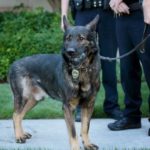 Pasco, WA – Video of a gift to Pasco police officer has gone viral. A Pasco family’s special furry tribute to a former police dog will continue to help police.

In the minute-long video, the officer fights back tears as he looks into the box and sees a toy that’s the spitting image of the K-9  he lost following an illness earlier this month. Lemon, the 10-year-old police dog died suddenly after retiring just weeks earlier. He had worked for the department for eight years. After his death, the foundation created a fund to allow people to donate toward equipment for the other police dogs. 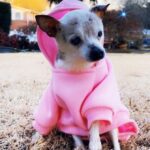