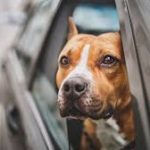 Lakewood, WA – A man who was arrested after leading a police chase says his dog was the one behind the wheel.

Officials say the man hit two cars and failed to stop. At some point during the chase, he reached 109 miles per hour and even made it on a pedestrian trail.

When troopers tried to corner him, they saw the man’s pit bull in the driver’s seat. The suspect then told troopers he was trying to teach his dog to drive.

As for the dog, police say the “very sweet girl” was taken to the animal shelter. 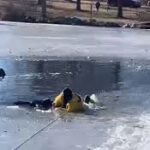 Video: Dog rescued from partially frozen pond, what you should do if this happens to you