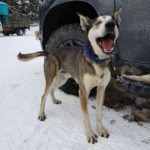 Indy was a “superstar” sled dog in his earlier days, according to his owner, Frank Moe. But three and a half years ago, Indy lost sight in one eye. And then he lost sight in his other eye.

That could’ve spelled the end of Indy’s racing career, but the pup couldn’t stop running. Indy’s known as a wheel in dogsled parlance — which means he runs behind the rest of the dogs, right in front of the musher. He’ll join a team of sled dogs to take on the 300-mile John Beargrease Sled Dog Marathon later this month. 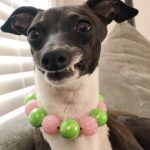