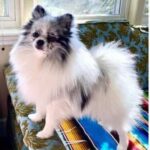 AURORA, Colo. – A woman who saw FOX31’s story on a missing dog in Aurora says she found the Pomeranian by the airport and called authorities.

Ziggy is a 1-year-old white Pomeranian with black and gray markings. His owner says she was just feet away when someone stole him. Ziggy has been reunited with his owner. 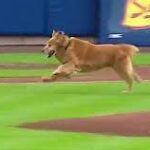