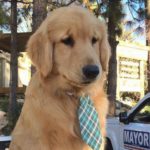 Maximus Mighty-Dog Mueller II, or Max for short, has been the mayor of the Southern California town of Idyllwild since 2014. The town, which is non-incorporated, has has been electing canines for its highest office since 2012. Max Mueller II is well aware of his position, according to his chief of staff. 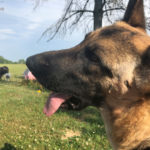