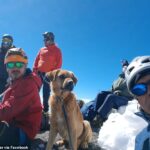 Veracruz, Mexico – A team of 30 hikers trekked up Mexico’s highest peak in the southern state of Veracruz to rescue a dog named Canelo.

Canelo, a mixed breed hound, had been stuck in Pico de Orizaba since October after he tagged along with a group of hikers through the trail as he was being fed food, according to Mexican newspaper Milenio.

This is the heartwarming moment a hiking club trekked up to the highest peak in the country to rescue a stray dog who spent nearly a month stranded atop the volcano in the southern state of Veracruz braving the cold weather. 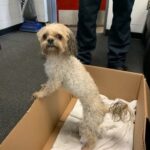