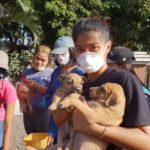 Batangas, Philippines – A group of volunteers has been going around parts of this province badly hit by ashfall from Taal Volcano to rescue pets and other animals left behind by evacuees.

The people of Agoncillo, one of the towns closest to Taal Volcano, fled in haste on Sunday, January 12, when the volcano suddenly came to life, spewing ash and lava. Late afternoon on Tuesday, January 14, They rescued around 30 cats and dogs, as well as a few chickens. 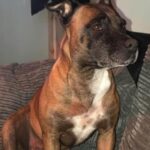